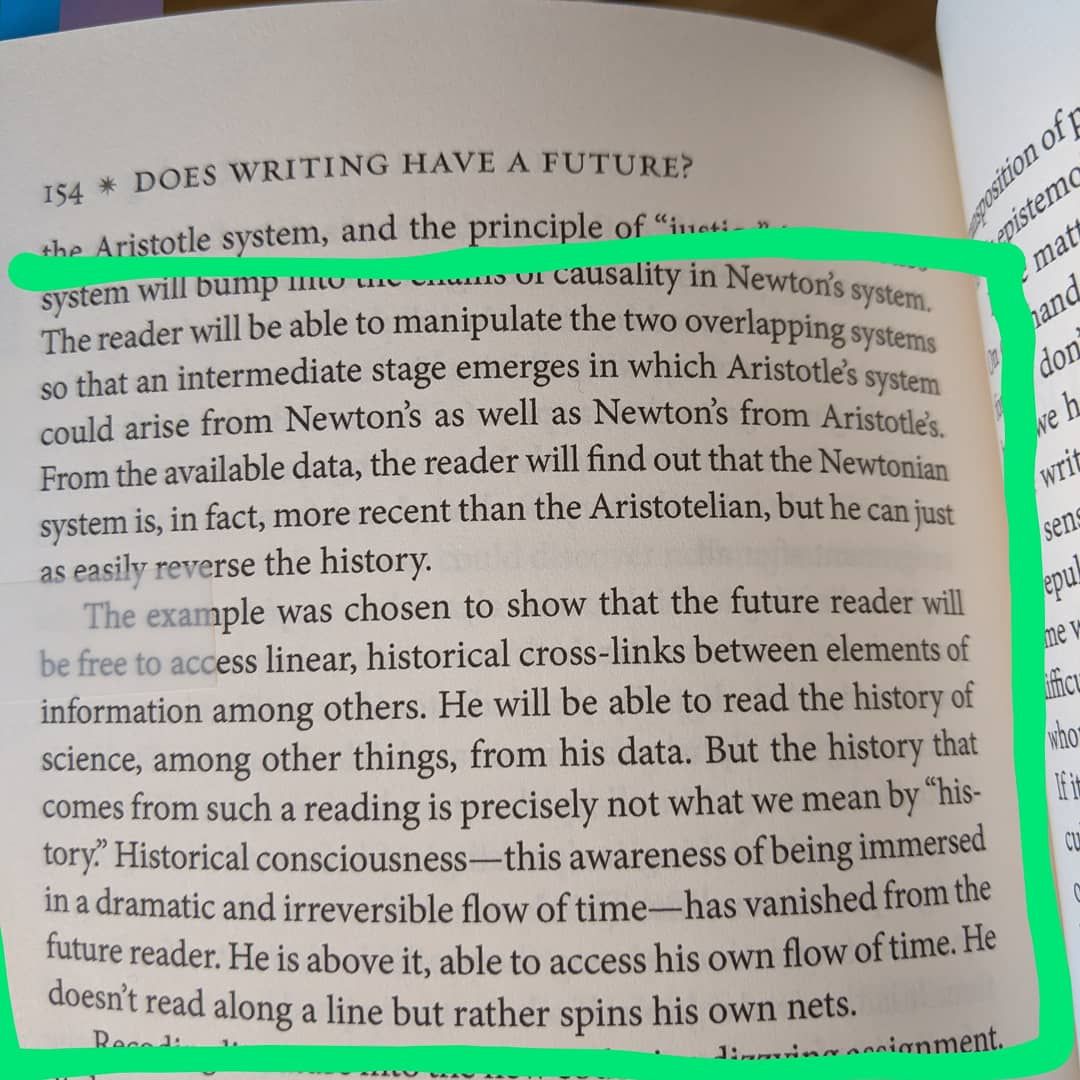 In 1987 Vilem Flusser describes in his essay "does writing have a future?" the future reader. Some of his pessimistic analysis is not much of a reality now, but some of his speculations are pretty much on the point.
The writers of the XXI century are operating texts, images and sound on the same level. The operators don't believe in a timeline and enforce fragmented narratives of colliding information. They try to channel some of the flow by thinking, creating, connecting, deviating and forgetting.